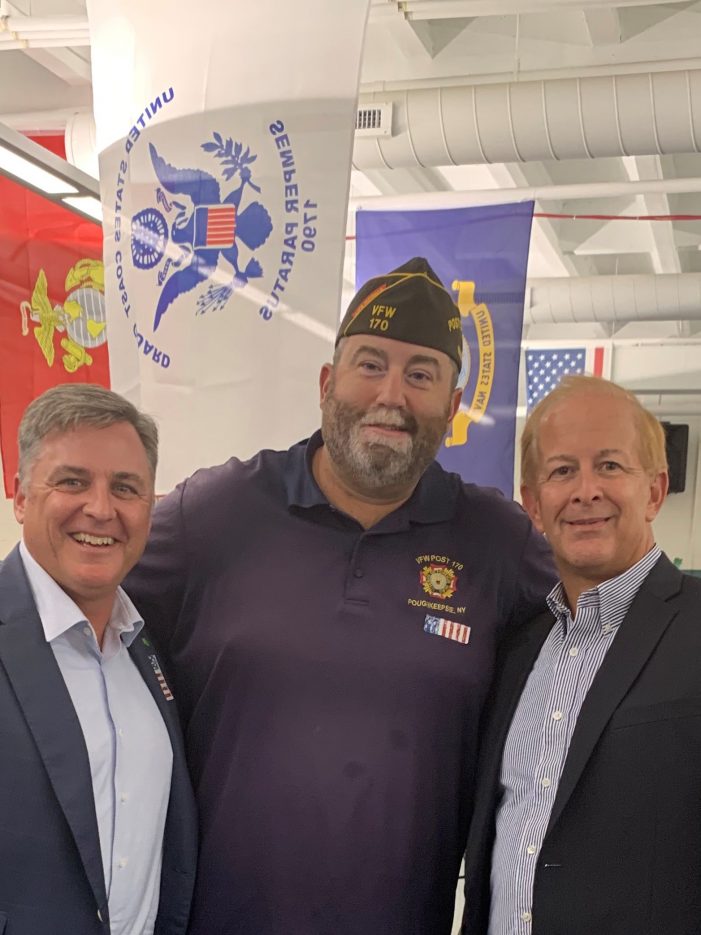 To truly know someone, you’ve got to walk a mile in their shoes. For Navy veteran Tommy Zurhellen, the statement represents much more than an mere idiom. They are words to live by, according to Zurhellen.

The dedicated veteran’s advocate is walking 2,800 miles across America to raise awareness for veteran-related issues, which he feels are not well understood or appreciated.

He started his journey on April 15 on the West Coast on behalf of a group called VetZero. On that day, and every day since then, he walks an average of 22 miles.

“The number has signifcance,” says Zurhellen, who notes that every day we lose 22 veterans to suicide in America and leave 40,000 homeless veterans without shelter.

Today, his walk brought him to Flint and a stop at Catholic Charities’ Center for Hope and a special presentation supported by Metro Community Development, which heads the Flint and Genesee County Continuum of Care coaliton responsible for moving 34 veterans off the homeless list over the last 12 months.

The effort was supported by Hudson River Housing and Catholic Charities of Shiawasee and Genesee Counties in Michigan, which serves hundreds of homeless vets weekly, according to its CEO Vicky Schultz.

Zurhellen, who has met a lot of veterans along his journey, says that “people aren’t doing enough for veterans.”

“A lot of people think we’re doing a lot for our veterans,” says Zurhellen. “But merely thanking someone for their service is hardly a service to those in need. If you look at the numbers, we can do a lot more.”

In addition to raising funds to support veterans, Zurhellen handed out $22 gift cards from chain restaurants to area vets. He hopes his stop will help raise awareness, in addition to supporting his goal to collect more than $40,387.

“The number,” he says, represents $1 for every veteran who is homeless on any given night.

Just one homeless vet is one too many, according to Brian Glowiak, Metro Community Development CEO and a veteran advocate, who helped to organize the Flint stop.

“Every stop that Zurhellen takes represents a step forward for our veterans,” says Glowiak. “And that’s something that we are really proud to stand behind. ”

Veteran advocate makes stop in Flint on 2,800 mile trek across America added by TheHUB on 08/01/2019
View all posts by TheHUB →