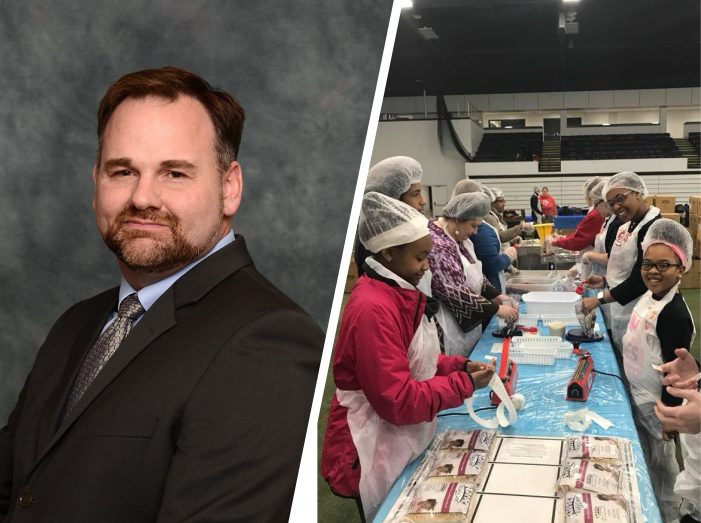 We all fall down.  If you are alive it’s inevitable. The getting up part is what distinguishes us.

Featuring a powerful presentation by decorated Army Col. Gregory D. Gadson, who starred in the film Battleship, the event could not have been better timed.

With so many of us reeling from the Netflix “Flint Town” series (see Ashley Hamilton’s commentary), the colonel reminded us that we can overcome the most daunting of challenges. A paraplegic who lost both his legs to an IUD while serving in Bagdad, he has overcome some major obstacles.

Like Gadson, a whole army of young adults, who are just as brave in their own way, is willing to fight for themselves and their community here in Flint.

Many of them provide countless volunteer service hours for United Way. They are joined by countless residents and stakeholders equally committed to this city’s recovery. Such advocacy can be exhausting, particularly in the face of a steady stream of media coverage reminding everyone of Flint’s obstacles.

Not everyone sees Flint’s resilience, but they will, says Col. Gadson.

“You are either going to change this community or you are not,” he told the audience. “I say you will. And you are going to do it because you have pride and self-accountability.

“You’re going to have poise as you go about your efforts, doing things the right way,” he added. “And you’re going to do it together, because we all have a greater purpose to serve.”

Although Flint hasn’t faced mortar fire, it has taken powerful hits. The colonel acknowledged as much while issuing a challenge.

Is there temptation to quit?

“Absolutely,” he said. “We all want to quit sometimes, but we need to learn how to be bad at accepting failure. Even at my lowest moment in life, when I seriously wanted to give up, I couldn’t even quit right. And neither can you.

“And you have an organization leading the way here in Flint, and you are its army. Serve each other well.”

If the goal of Flint’s recovery inspires a veteran who overcame so much, shouldn’t we all support and serve one another?

To learn more about United Way of Genesee County and its many giving opportunities visit unitedwaygenesee.org.