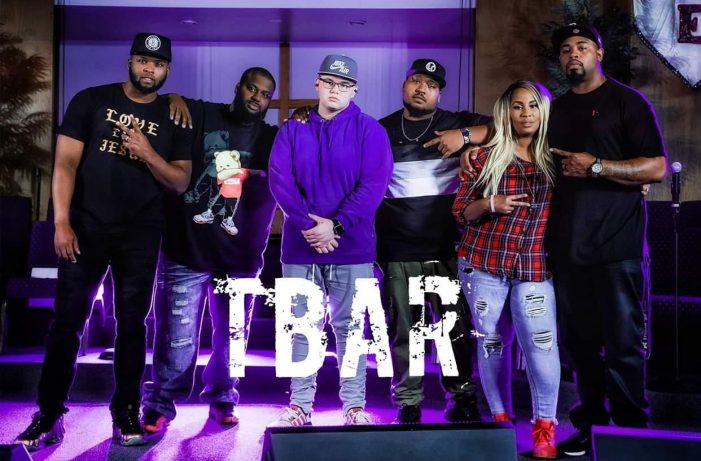 Flint has hundreds of churches that swell with faithful followers weekly. Faith is a part of the fabric of its daily life and something that recording artist Joe Brown believes helps differentiate, if not elevate, his hometown.

“Lifting up” is something that comes natural to Brown, who presents a unique mix of Christian rap and R&B within his own music and in collaboration with fellow artists under The  Blessings are Real (TBAR) banner,  a Christian music company that he owns and operates.

Brown describes his own music as inspirational, uplifting, truth-telling and transparent. His wife and fellow musical artist has her own style, according to Brown.

“I have more of a contemporary type soul, hip-hop-ish feel to my music,” Marilyn Brown says.

In addition to his wife Marilyn, artists represented under the TBAR label include Just a Servant,  King Walker, Larry Lowe, Zay Ramos and J’Mez Johnson.

“We do a variety of styles and all the artists perform under their own names,” says Brown, who feels “humbled to be considered among those who are a part of Flint’s rising music culture.

“It feels good just to know that we’re being recognized for doing some positive work in the community, as far as changing lives just through music,” he says. “We’ve been going as a company for almost four years and to get the recognition we have in this amount of time is very humbling and just feels good.”

Although Brown’s company has been in existence for less than half a decade, Joe Brown has been making Christian music since 2010. Along with performing vocals, he plays the drums. He considers his greatest achievements in music to be the lives he’s helped change.

“One guy heard one of my songs. He was on the verge of committing suicide. He heard one of my songs and said when he listened to it, it made him think about his life and what his life meant to him, what it was worth to still live and be around other people,”  says Brown, who is still “growing and expanding” his music’s potential.

“It’s just the beginning,” says Brown. “I haven’t even scratched the surface. Flint hasn’t caught the gist of what’s about to hit them. I plan on taking the city back.”

Brown is not alone in that effort.

J’Mez Johnson,  the vice president of The Blessings are Real, and an artist, writer and engineer for the label stands behind Brown and efforts to uplift this city he loves.

“I feel like my music has had a big impact on Flint,” says Johnson. “The Brown’s have really supported the music since day one.”

And it’s that kind of support that is transforming the city.

“Every new recording artist and the growing fan base behind them helps build momentum behind the city’s resurgence,” says Johnson.

Although Brown relates most to his Christian roots and music and fellow TBAR artists, he considers Mama Sol, Nicholas Hill, Lydia Seale and Akeem Brown to be among Flint’s talented and influential artists.

Among his most memorable performances is his appearance with musical artist and producer Shani Womack, according to Brown, who describes Womack as a sensational storyteller..

“She’ll make you visualize everything she speaks in her music, just from talking, because she paints pictures with her music,” he says.

The Browns believe in collaboration and would like to see these and other local artists come together to do large shows to increase the unity, peace and love even more so in Flint. 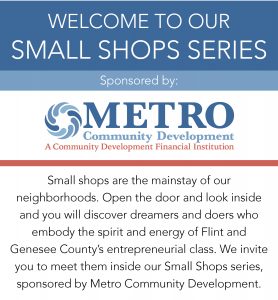 “I’d like to see our music be more positive music and really change the atmosphere and what is being said about Flint out there,” Joe says. “Some people have a negative view about what they see in Flint. But they are only looking at it from the outside instead of coming to get to know the people for themselves.”