Sutorial Boots founder readies to kick things up a notch

By Jaishree Drepaul-Bruder on 12/18/2019Comments Below 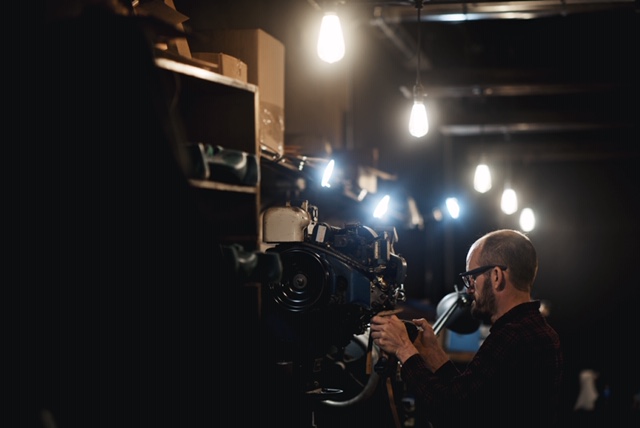 Stepping into Sutorial Boots and Shoemakers is a nostalgic experience with a bit of  a modern kick.

“People like coming into my shop for the same reason that they might like visiting Greenfield Village or colonial Williamsburg,” says founder Timothy Goodrich. “They like the smell of the leather and the look of the old-timey machines.”

More importantly, Goodrich’s customers also like what he has offered them since he first opened shop in 2013: stunning high quality shoes that are well-constructed and made with top notch materials.

Seven years ago, Goodrich worked at a local church and when it closed he decided to change gears altogether. “I got a bug to make shoes and so I decided to do an apprenticeship. I started off doing repairs then I launched a line of semi-custom made boots. And, I haven’t looked back,” he says.

Setting his sights toward the future, Goodrich is excited about a couple of projects that have the potential to further bolster his current success. One that holds promise is the addition of a line of readymade, factorymade footwear.

“Ideally, what would happen over the next year is that I might have two or three people working in the shop on the custom stuff,” Goodrich says. “But, I’d also like to have readymade shoes that people can order online or that they can come in and buy.”

Goodrich adds that he has always maintained a pragmatic approach to his work and is serious about not taking himself too seriously. “I’m just a guy, a lone craftsman working in his old fashion shoe shop,” he says. “I’m more like an artist rather than a savvy businessman trying to go from Point A to point B.”

The Flint native points out that his down-to-earth, roll-up-your-sleeves-and-get-it-done attitude is totally in sync with the city where he was born and raised. He is most appreciative of the open support and easy friendships he’s been able to enjoy with other local entrepreneurs.

“Nobody puts on airs in Flint. People are open to helping each other, even if with only a smile when you grab your coffee,” Goodrich says. “It’s meaningful, because I think that the happiest and healthiest people are those who enjoy a high level of community and social bonds.”

Valuing people and personal relationships over financial gain is fundamental to him. Goodrich believes that seeing people as people, rather than a means to an end, is good business. It’s the reason why he humbly doesn’t openly advertise that the actor Kevin Bacon owns a pair of Sutorial shoes.

“I never lead with that information and let the quality of my product speak for itself instead,” he reveals. “I want people to wear my shoes not because Kevin Bacon owns a pair, but because they like them themselves.”

Editor’s Note: Sutorial Boots was founded in 2013 after Tim, a native of Flint, Michigan, moved back from Philadelphia, PA. During his time in Philadelphia, he apprenticed with Perry Ercolino, a world class custom shoe-maker.