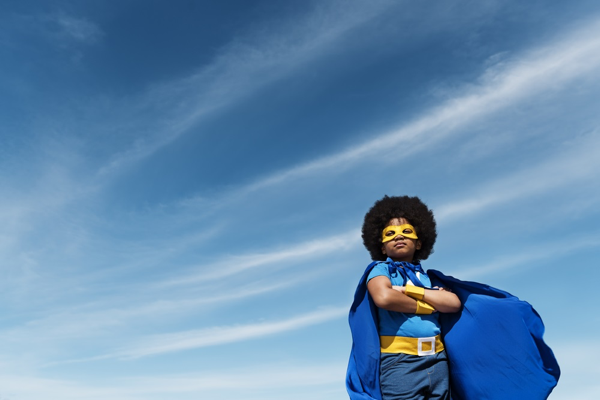 It’s not just for body builders.

“It is important for children to consume protein because protein plays an essential role in supporting health in many areas of the body,” Lewis says. “Food provides nine of the 20 amino acids that make up protein. The body can produce 11, but the other nine must come from food.

Plant-based foods, which are growing in popularity, offer great sources of protein.

“Sunflower seed butter can be a protein source for youth with nut allergies,” says Lewis, who says adding protein-packed spreads to smoothies or toast is one way to ensure they get in daily recommend servings. Peanut butter is also a great source of protein for kids that do not have food allergies.

Other meatless protein sources range from green peas to beans and lentils.

How do you and kids know when enough is ‘enough’ when it comes to meeting recommended daily serving guidelines?

One of the easiest ways for kids is the USDA’s MyPlate program, which provides a colorful guide to help kids understand recommended portion and nutrition needs, says Lewis.

And kids that eat better do better, according to Lewis, who says that kids that get the nutrition they need are in the ‘best position for learning and growth’ throughout their school-age years and beyond.

If you are looking for more ways to encourage veggie consumption, are moving toward or currently following a plant-based diet, Lewis recommends these recipes:

(Quinoa contains eight grams of protein per cup and is a grain used in soups, salads, smoothies, shakes, and baked goods.)

(Edamame contains six grams of protein per cup and is a soy bean typically shelled and eaten directly from its pod. It may also be boiled, steamed or pan-seared.)

(Lentils contain 18 grams protein per cup and are often used in soups and side dishes.)

(Greek yogurt contains 29 grams per cup and can be enjoyed alone or added to smoothies, dips and snacks.)

(Peanut butter contains 32.5 grams per half-cup and can be used in baked goods, spreads, smoothies or as a topping.)