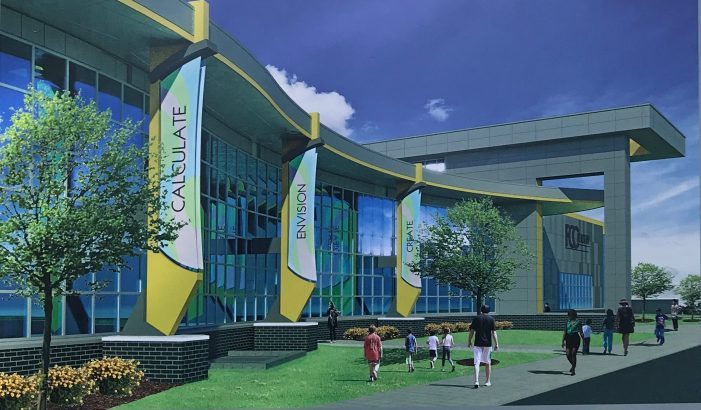 Field trips to the Flint Cultural Center have opened up uncountable young minds in Flint and Genesee County.

They also learned about the Flint region’s history and culture from fur trading and pioneer life, to lumbering, carriage making, and the automobile boom of General Motors at the Sloan Museum. There’s also a look at the future. A current video game-based exhibit teaches STEM concepts used in spaceflight. For some, these exhibits may very well ignite a desire to pursue an engineering career.

Best of all students stretched their imaginations and learned to embrace knowledge and to incorporate both into life-long learning.

Now, all those unique institutions and opportunities will be available daily to students when the Center opens up a charter school, called the Flint Cultural Center Academy. The idea is stress a more creative and scientifically literate education in grades K-8.

“Everyone studies science and performing arts in ways they might not be able to experience at other schools,” says Mark Sinila, chief operating officer of the Flint Cultural Center Corporation.

The 78,000-square-foot school is scheduled to be open for the 2019/2020 school year. It will have 37 classrooms, a gymnasium, cafeteria and kitchen. The Charles Stewart Mott Foundation pledged up to $35 million for the project and believes it is the next step in creating a more comprehensive effort to improve education in Flint.

The maximum capacity is expected to be 650 students, but the roll out will be measured. In the first year the school will take 300 students who are in kindergarten thru fifth grade. Each year after that it will add a grade until it reaches K-8 and full capacity, which is expected in 2022.

The campus directors started exploring the idea of a charter school on the Flint Cultural Center campus in the summer of 2015, according to Bill Haley, a consultant who was asked to help with the project. He worked on both public and catholic schools until retiring in 2012.

Could the campus continue to operate its existing programs serving hundreds of thousands of students annually, while also collaborating with a school?

Were the shared usage of facilities, services and staff powerful efficiencies and economies of scale?

Would such a school be unique and effective, resulting in its students achieving and growing at a pace that would exceed any existing norms?

“As they articulated a vision for the school program, the leaders also took on a pain staking process of identifying the best place to locate the school on campus,” Haley says. “Over two dozen options were evaluated before selecting the site on which the school is currently being built.”

Concurrently, he says the team is working to create all of the services and structures that will be necessary to support the school operationally, financially, as well as with governance and complying with literally hundreds of data points and reports required of every Michigan public school.

As the school is being constructed, Haley is assisting with a search for the school’s first principal. His role will diminish when the principle is hired.

That new principle will run a school that has access to resources most schools can only dream about.

The Flint Cultural Center Academy’s direct connection and location to the institutions will open many doors. For example, if the kids are studying astronomy, someone from the planetarium will be able to come to their class and give them a deeper understanding than a textbook could.

The Sloan Museum closes at 2:00 pm, so staffers will be free to mentor or teach students during the school’s later classes, specifically science and social studies.

There will also be closer access to the Flint Public Library and its resources.

Music will also be a major part of the school with classes three times a week. The plan is for the kids to be able to form orchestras by the third grade.

“Experience is the best teacher” is an old adage that guides them.

As older students develop specific interests they will be able to help other kids with their subjects.

Some parents or teachers may worried about the future of field trips for students not attending the academy. A guiding principle is that no visitors be disadvantaged, Haley says. Field trips and all programs other schools use will continue as they always have.

Once the Flint Culture Center Academy starts taking applications, it will have a lottery if the applications surpass the available slots. Applications will be taken from kids across not only Flint, but all of Genesee County, and possibly even Michigan.

Information about the application process to enroll a child in the Flint Cultural Center Academy will be available in early 2019.