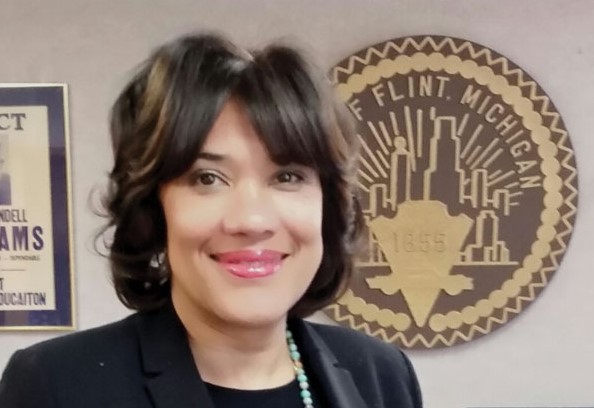 Flint Mayor Karen W. Weaver has been voted in as 2nd vice president of the African American Mayors Association (AAMA).

“It truly is an honor to have been voted as 2nd vice president by fellow mayors from across this great nation. It says a lot about their confidence in my ability to lead,” says Weaver. “The AAMA rallied around the city of Flint during the height of the water crisis and has been by our side ever since.”

She has been a member of the AAMA since 2016 and served on the advisory board for one year before being voted in to her current position.

“The AAMA really is an important organization,” says Weaver. “It offers mayors who lead predominantly urban communities an opportunity to come together and support one another. It gives a voice to the pockets of our country that are often disenfranchised and discounted.”

AAMA was launched on May 1, 2014 in Washington, D.C., by a group of black mayors led by Sacramento, California Mayor Kevin Johnson and is the only organization exclusively representing African-American mayors in the United States. It’s roles include taking positions on public policies that impact the vitality and sustainability of cities; providing mayors with leadership and management tools, and creating a forum for member mayors to share best practices related to municipal management.