Live Flint: Is it time for a strategic housing incentive? 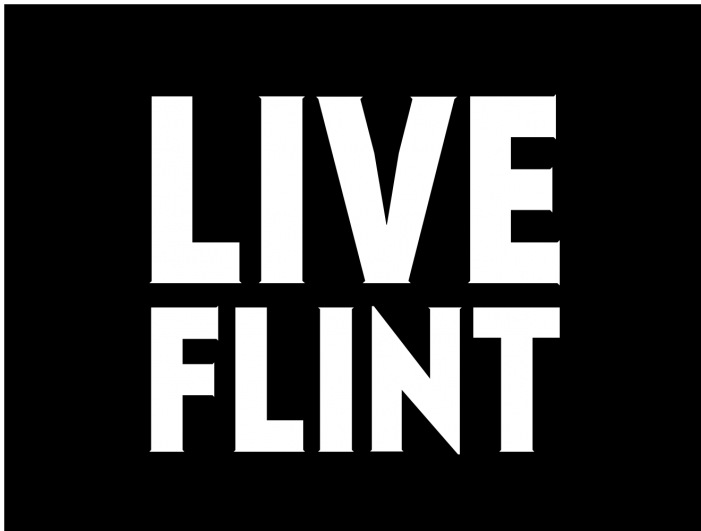 TheHUB Flint witnessed a steady stream of positive attention around emerging housing trends in 2018 following the introduction of its housing series introduced in September.

Although there have been modest signs of elevated interest and investment in pocketed neighborhoods, a more robust plan and incentives are needed to further propel development efforts. The economic upside of this approach is significant, and was one of many items on the discussion table at the recent “Aspire to Transform” forum, featuring keynote speaker Alan Berube, an economic expert at the Brookings Institute (see TheHUB’s coverage here).

Sponsored by the C.S. Mott Foundation and University of Michigan-Flint, the event invited commentary about missed opportunities for investment, something Berube sees too often across the country, in cities like Flint.

Berube told the audience that “seeing” opportunities must be actively associated with “seizing” them.

A panelist at “Aspire to Transform” gave one example that might illustrate his point: More than 30,000 professionals commute to the city each day, many work at Flint’s hospitals, healthcare and higher education institutions, says the Ruth Mott Foundation’s President Raquel Theume.

Thueme pondered the economic impact of transforming them from city workers into city residents and preparing existing city residents to fill some of these skilled positions. And, conversely, the value that elevated healthcare recruitment, training and education efforts would bring to Flint students, hungry for employment in lucrative and high-growth industries.

A plan that brings thousands of qualified professionals to the community and employs existing residents on a full-time basis certainly seizes opportunities for the future.

Through sizable rental and homeownership incentives supported by healthcare, educational and other employers, a campaign in Detroit attracted more than 1,200 new residents over five years. Christopher Hughes, data manager for Midtown Detroit, Inc., reports that from 2013 to 2015 Midtown Detroit recorded its first increase in population in a decade. 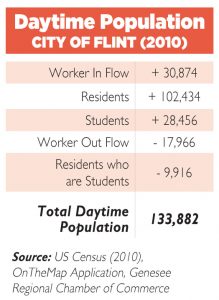 Flint’s City Council and Planning Commission recommended a program similar to that of Detroit’s “Live Midtown” and “Live Detroit” and others in Baltimore, Philly and Cleveland, in its Imagine Flint Master Plan.

Supported by Detroit Medical Center, Henry Ford Health System, Wayne State University and matching funds through MSHDA, the Hudson-Webber and Kresge Foundations, and Midtown Inc., “Live Midtown” program incentivized renters, buyers and longtime residents. Some had been disenfranchised by past programs aimed solely at newcomers to the city.

Homebuyers were the biggest winners in the program that offered loans of $20,000 toward their home purchases, forgiven at the rate of 20 percent per year over five years.

More modest local programs in place today  (see TheHUB’s interview with Suzanne Wilcox, Flint’s director of planning and development) could be the springboard to a larger, more formidable effort that should include Flint’s largest employers.

It is our hope that city leaders, nonprofits and anchor institutions combine resources and efforts to carefully examine and, perhaps, revisit the potential to create a like-minded program to capitalize on such possibilities.

Timing is everything and that time is now.

Live Midtown is among several housing programs supported by the City of Detroit, including a broader campaign known as Live Downtown ,a $4 million, five-year program supported by Quicken Loans Inc., Compuware Corp., DTE Energy Co., Blue Cross Blue Shield of Michigan and Strategic Staffing Solutions Inc.  Launched in 2011, the campaign provided 16,000 eligible employees as much as $20,000 each in forgivable loans toward the purchase of a home or condo downtown.