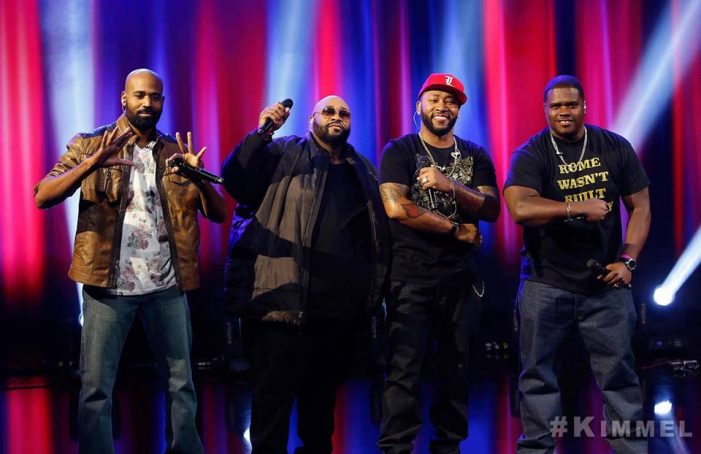 If you’re a fan of America’s Got Talent you probably remember Linkin’ Bridge. The a cappella group made it to the finals in 2016.

Here’s your chance to see them live.

The group also appeared on Jimmy Kimmel Live! in November and is best known for warm harmonies and emotional performances.

Below is a video of their performance in the America’s Got Talent finale.

“We’re thrilled to land such a big-time act for our Brunch,” says Mary Higginbottom-Johnson, GDL branch operations manager and member of the Black History Month Brunch Advisory Committee.  “The members of Linkin’ Bridge are wonderful examples of the kind of spirit we are honoring. They want to change the world with their music.”

During the brunch, the Genesee District Library will recognize three individuals with the Award of Excellence for their achievements, contributions and service.

The honorees include Pastor Jeffery Hawkins, Charles “Chuckii” Montgomery, Jr. and Sam Wells. Communities First, Inc. will be recognized with the Partner in Progress Award.

Part of the proceeds from the event will benefit the Genesee District Library’s Summer Reading Challenge for kids and teens, which engages more than 6,000 people each summer.

Tickets for the event are $35 each and can be purchased at the Genesee District Library’s Headquarters Branch, 4195 W. Pasadena Avenue, during regular hours, or online at www.thegdl.org. For more information, call 810-230-9613.