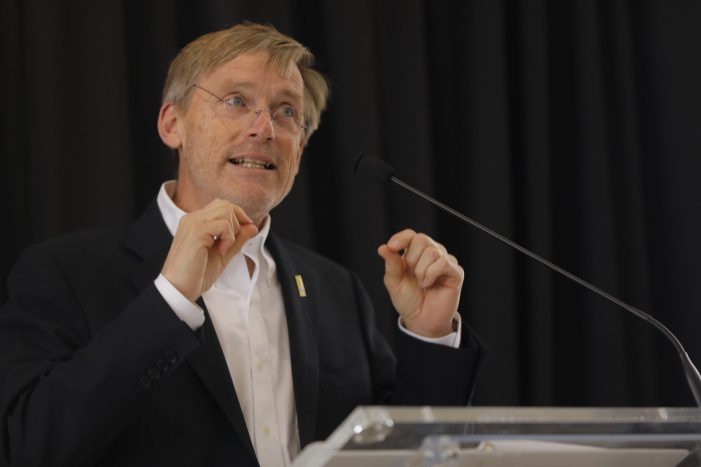 As Kettering University planned its Centennial events, organizers never lost sight of how the city of Flint, its residents and the community played a pivotal role in building an educational institution within its neighborhoods.

That is why The Community Celebration, which takes place at historic Atwood Stadium on Saturday, became not only a celebration of Kettering’s 100 years in Flint but a moment when all of the people who have made the University great can come together, hang out at food trucks, play family-friendly games and enjoy local and national entertainment.

“This event is especially for the community,” said Dr. Robert K. McMahan, who became Kettering’s seventh President of and Professor of Physics at Kettering University in August 2011.

Dr. McMahan said he looks forward to seeing a full house at Atwood Stadium, which serves as the Main Stage for the day-long Community Celebration. The venue, which Kettering purchased in 2013 and renovated for local and university events, seats 11,000 people and he expects every seat will be filled as headliner T-Pain takes the stage.

Kettering is approaching the Community Celebration as a way to not only honor the past century of progress but to highlight the century to come, Dr. McMahan said. He said the University is proud of its location in Flint, its commitment to the city and their combined bright future.

Q: Why did you want the city of Flint to participate in Kettering’s Centennial celebration?

A: We call this a community fest for a good reason – this is a community festival and intended to be a thank you back to the flint community for that 100 years. We’ve been a part of the Flint community for 100 years so we wanted to take a moment in the centennial celebration to thank Flint and the city for those beginnings and for that relationship over 100 years. Kettering is really a jewel in American higher education. We are unique in how we educate and the model that we use. That model came out of the creation of the automotive industry here in Flint. We were established in 1919 in a collaborative of the community. Our partnership with General Motors led to us being known as General Motors Institute or GMI. But before that, we were a private school here in Flint, founded by the dynamic and growing community around an educational model that has proven to be what the future of education looks like. We have a shared history, shared origins.

Q: How does Kettering University participate as a Flint stakeholder?

A: One example is Atwood Stadium, where the Community Celebration takes place. We took on Atwood Stadium (in 2013) and subsequently renovated it to now be one of the three best athletic and performance facilities in the state of Michigan. We did it because of what it represents to the community and to Flint. There’s not a family in this community that doesn’t have an Atwood Stadium story as a family. As a member of this community, it was essential that this facility not be left to die – we wanted to restore it to its earliest position in the community and be a venue where the community can come together. That is why it is doubly appropriate that this community celebration is occurring there as a focus point for the university and its engagement in Flint but also the Flint community coming together in that place.

Q: How does the city of Flint play into Kettering’s legacy and future?

A: We honor that legacy. We’re publishing a 300-page book for the Centennial. The first third of the book is about flint; it’s not about the university. We talk about Flint’s rich heritage and rich history of the area. The people who settled it, the people who built it. That’s a story of reinvention, resilience, grit and determination. It’s a story of so many virtues, that remains to this day. Yes, it’s a city that’s had its share of issues to deal with. But the underlying foundation is strong. That’s why we as a University have been actively engaged in flint and the rebuilding of Flint and the revitalization of the university corridor. Our students volunteer tens of thousands of hours in the community every term. We’ve acquired over 250 properties. We’ve removed 150 blighted homes and created parks and greenspace. We’ve developed commercial space. All of that is the university investing in the community because we believe in it. We believe in the future of this community. …It’s a long road but we’re making real progress to once again reinvent the community.

Q: That development also is why you’re building a new Learning Commons and raising $150 million in fundraising. Talk about your investments in the city.

A: I’m a big proponent of the broken window theory – you need to take care of the little things. We pay attention to all the details. We very much have taken that approach to our engagement with the community; we try to pay attention to the details. We try to create momentum in every way we can to re-energize the community. A few years ago, we created the Kettering University Employee Home Purchase and Renovation Assistance Programs. These are $15,000 forgivable loans for purchasing and occupying a home in three designated neighborhoods near campus. There are also $5,000 forgivable loans to eligible University employees who make exterior improvements on their homes. … Livability is way up. People are walking and biking downtown to the cafes, to the culinary school, to the farmers’ market. Walkers are coming back and it’s very exciting. It’s a collaboration of a lot of people working in our individual spheres to make a difference in the aggregate.

Editor’s Note: For additional information on Kettering University’s sold-out Centennial Fest visit the event page. Although the majority of activities are free and open to the public, only ticketed guests will be admitted. In addition to family-friendly activities, the festival includes a car show and two live concert stages.

Editor’s Note: For additional information on Kettering University’s sold-out Centennial Fest visit the event page. Although the majority of activities are free and open to the public, only ticketed guests will be admitted. In addition to family-friendly activities, the festival includes a car show and two live concert stages (see schedule below). 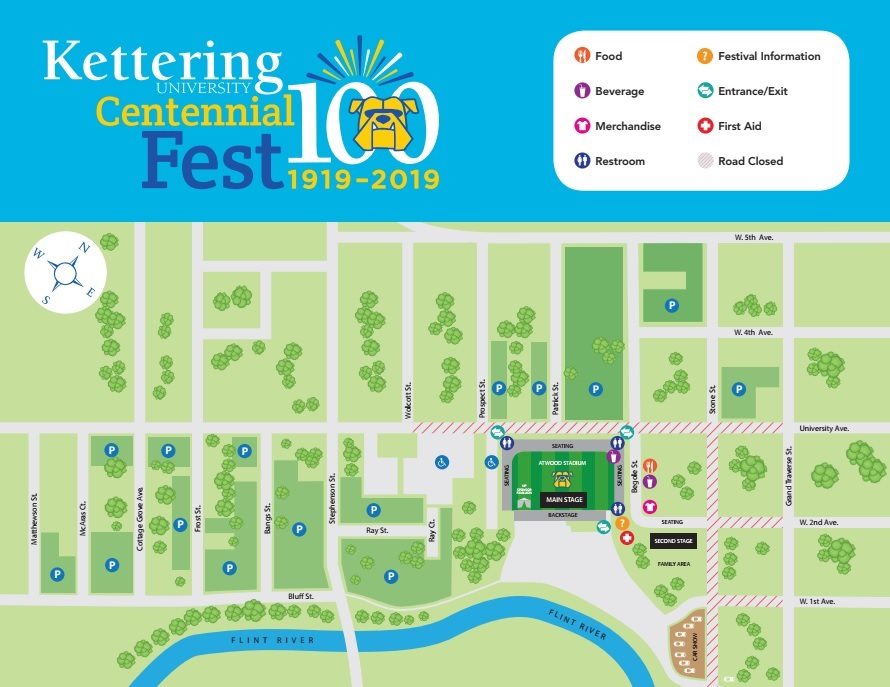