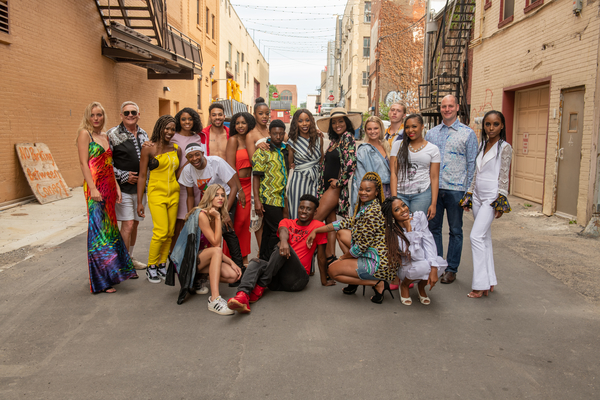 Deijana Rhodes is a straight-A student at Mott Community College and a manager at McDonald’s, but her mom calls her by another title.

One in a growing number of Flint-area entrepreneurs younger than 30, Rhodes doesn’t disagree. Like the ambitious woman who launched the Konflicted Kulture clothing line in October, many of her peers fuel what others view as casual side hustles with energy, passion and visions of expansion.

Style and apparel are among predominant retail areas explored by young adults branching out to share their talents, in the form of goods and services. Others display skills in cooking, art, marketing, and even professional consulting as part of an independent landscape within Flint’s business sector.

“I always wanted to be my own boss,” Rhodes says. “My mom used to tell me, ‘You’re going to be rich. You just have to figure out how.’”

Through Konflicted Kulture, which produces crew-neck shirts, jump suits and “pretty much anything dealing with clothes,” Rhodes says, she promotes unity in largely black-populated cities like Flint. The line’s logo is a black fist.

“I want to reach out to more people and also get a better understanding” of their goals and ideas, she adds. “I want to help teach them how we can all be successful.”

Message-driven fashion is also Parker Nevicato’s business concept. Nevicato, 20, launched Keye (pronounced “kigh”) Apparel in November 2017 as a way to draw attention to human trafficking that impacts many of his peers in Michigan and elsewhere (see TheHUB’s coverage). Keye’s hoodies, t-shirts and other items bear a logo resembling an eye to symbolize vigilance toward vulnerable members of the community.

“Yes, we can have policies and efforts made by those who are older,” Nevicato says, “but I think it’s important that we make ourselves aware.”

Having started as a business major, Nevicato recently switched his course emphasis at Oakland University to criminal justice, merging academic and professional interests. He says living in the Flint area is beneficial to him and other young business owners.

“You see a lot of kids who are even younger than me, who have a strong drive to be successful,” adds Nevicato. “And I think the community gets a bad rap. I think some of the things the community has gone through have produced some smart, driven people.”

Between commuting from home in Grand Blanc to Oakland University’s campus Nevicato manages the Keye brand, supporting law enforcement efforts and collaborating with anti-human-trafficking groups. He also has a traditional job, but he can’t imagine working on anyone’s payroll as a long-term goal.

“You clock in, you clock out, you have lunch, you have tasks to do, then you go home,” he says.  “Something that I always strived to do with Keye is avoid limits. There’s no clocking in or out. I can work from anywhere at anytime.”

In an era of social media, many small businesses like Keye and Konflicted Culture are driven by online presence, an advantage to young entrepreneurs who might lack cash to pay for physical locations. The presence of business startup resources like the University of Michigan-Flint’s Innovation Incubator have also been factors encouraging locals to venture out, says Mark Simon, director of University of Michigan-Flint’s Center for Entrepreneurship & Innovation.

Within the past year student enrollment in both the campus’ graduate and undergraduate introductory entrepreneurship course has almost tripled from 25 to 70, Simon adds. The range of academic backgrounds expressing interest extends beyond the business school, including students in areas from dance to computer information science.

Richard has worked regular gigs, including a Kroger job, and is currently employed at Mott Community College, where he’s a student. But he hopes Fame will help him fulfill a prediction by his late grandmother: that he’d one day see his “name in lights.”

Fame models are scheduled to walk in fashion shows April 5 and April 6.

The trauma of being raped by an uncle when he was a teenager helped inspire Richard’s vision. Attending church two years ago led him to believe God gave him a message about opening new doors after he was assaulted.

“It motivated me, because I felt down about myself every time I thought about it,” says Richard. “I said I’d turn the situation into a positive.”

A desire to connect work with their personal values is common among many of Flint’s young business owners.

“That’s what kind of drove me,” says Nevicato. “There’s a quote that I like: ‘The best way to predict the future is to create it.’”

Growing numbers of Flint’s young people are chasing their business dreams added by E.B. Allen on 03/12/2019
View all posts by E.B. Allen →