Flint’s resilience and high-growth businesses in the spotlight 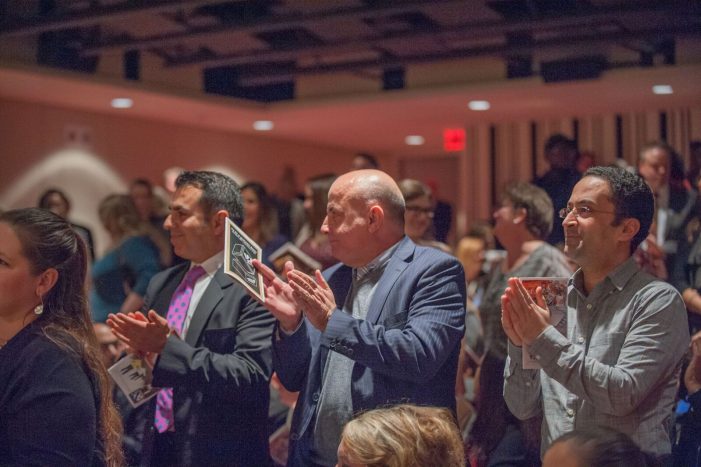 Continued signs of growth signal Flint’s resilience and are laying the groundwork for Michigan’s next comeback city story.

That was the buzz of side conversations occurring at the recent 2017 Art of Achievement Awards event.

The question in the room wasn’t whether Flint and Genesee County investments were going to continue, but rather how stakeholders can take hold of new opportunities created by the steady stream of new investments, like Diplomat’s purchase of National Pharmaceutical Services, expected to close later this month. That deal will provide the high-growth company with opportunities to broaden its position as a health care provider from its Flint headquarters.

Then there’s the multi-million investment in the former Buick City site by Lear Corporation, Huntington Bank’s $5.4 million call center, C3 Ventures $9.7 million Riverview Industrial Park and General Motors investments in its Flint-based operations, all of which are pouring hundreds of millions into Flint’s economy.

Combined with the growth of small- and mid-size businesses like W.T. Stevens Construction, Inc., which played a key role of helping replace water lines throughout Flint, there’s promising evidence of sustainable job growth and  investments occurring throughout the city.

Adding to those are spin-off and new investments in Flint’s cultural assets, like the $32-million renovation of the historic Capital Theatre and the newly-opened Ferris Wheel, dubbed an “innovation hub” for entrepreneurs, as well as the city’s growing food and fashion industries.

These and other advancements signal Flint is open to new business growth and ready to propel itself forward.

Innovators and investors are behind these and many more projects and are driving growth in the Flint and the Genesee County region. They took center stage at the Flint Institute of Arts, an annual ceremony hosted by the Flint & Genesee Chamber of Commerce and the Convention and Visitors Bureau.

The 2017 Art of Achievement Awards recognized businesses, hospitality providers, and individuals for their contributions to the well-being and success of the Genesee region before an audience of about 350.

Tim Herman, CEO of the Flint & Genesee Chamber, described the 19 awardees as standard-bearers.

“A successful region is comprised of a community that goes above and beyond to have a positive impact on the community,” says Herman. “Through Art of Achievement we wanted to shine a light on those who have made great strides and set a standard of excellence. This is our way of letting the community know who is making a difference in Flint and Genesee.”

Master of Ceremonies Steve Landaal, president of Landaal Packaging Systems and chairman of the Chamber’s Operating Board, presented the honors to representatives of non-profits and businesses.

“The award recipients are companies and individuals who are business savvy, customer-focused and civic-minded,” says Landaal. “There’s one thing they all have in common, and that’s their commitment to doing business right here in Genesee County. And for that we are very thankful.”

Growth is good and it’s happening right here in our own neighborhood.

Congratulations to all of the winners. They are ardent standard bearers of Flint’s resilience.