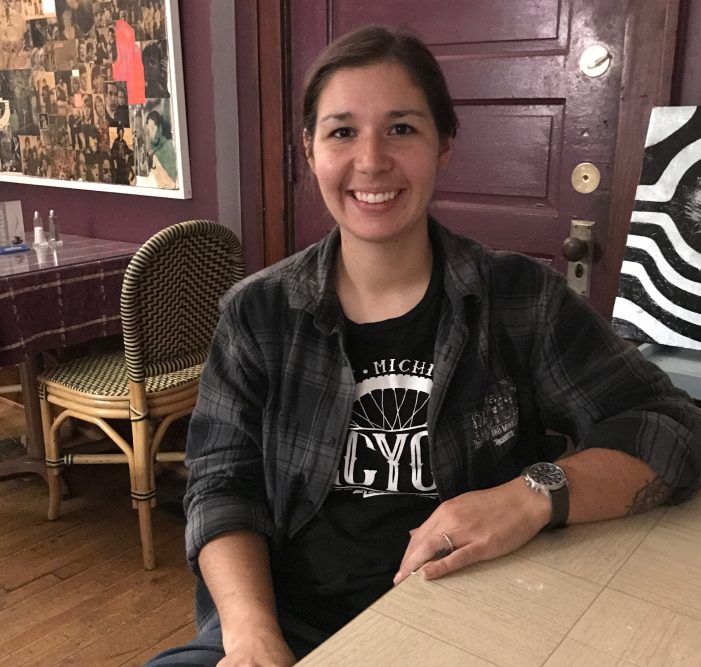 This feature is the second in our series about new investments in Flint and the people behind neighborhood redevelopment efforts, which are helping longtime residents reap dividends from their dedication to our community and enticing newcomers to take hold. – TheHUB Flint

In a city with a low cost of living, and buzzing with urban revitalization, recent graduates and young professionals buying houses could make the difference that keeps Flint moving forward.

Some millennials see endless opportunity in local real estate, but others who would love to buy in Flint face seemingly insurmountable challenges.

“Houses here are really affordable, but you have to pretty much pay cash for a house, because you can’t get mortgages,” says Kassy Mason, 30, who operates Recycle Bike Shop with her husband Jon Mason, 35. “But we chose to buy, rather than rent, because we knew this was the place that we wanted to stay.”

The Masons bought a home in the University Avenue corridor three years ago.

“The people who live in Flint have such grit and such love for the city, it really drove us to be a part of that,” Kassy says.

Local realtor Jim Miller, a ReMax agent since 2010, has noticed an influx of interest from recent college graduates in the city.

Most banks won’t finance anything less than $50,000, but Miller insists there are local loan officers who’ll work with buyers to finance these lower-priced homes.

Some of Flint’s housing market is already rising to the point that it might soon be out of reach for the average buyer. Miller advises anyone who wants to take advantage of affordable opportunities to check listings every morning and afternoon, and be ready to make an offer.

“The Cultural area, out by Mott (Community College), is one of the areas where the prices are going up, so that you can hardly get anything there for less than $80,000 now,” Miller says. “If you are serious about purchasing a home in Flint, and you have a particular area you want to be in, you have to be right on the ball.”

One recent online real estate listing shows about 250 homes available for $60,000 or less with median sales in the 48507 zip code near $65,000, reported by Realcomp’s Market Trends data.

Other options for affordable buying in Flint include the Genesee County Land Bank, which owns about 3,800 properties.

“That number is fluid,” says Michele Wildman, executive director. “The last time the data was pulled was in the summer, and around 2,000 demolitions were scheduled since then.”

Homes owned by the Land Bank are listed on its website, including 24 available for auction in October and November, with downloadable applications for those interested in buying. Some prices list as “negotiable.”

Land Bank properties usually require rehab, but tend to be cheap and might appeal to millennials challenged with student loan debt. The thought of compiling home mortgages with dollars owed for education can discourage recent graduates from buying.

“Yes, student loans are a huge issue,” says Miller. “Just recently I had a couple who both graduated and had a ton of student loan debt. Their loan officer was trying to help them, but they had so much in student loans, all they could do was set up a plan to follow, so they could eventually be able to buy.”

The Institute for College Access & Success reports that Michigan has some of the greatest student loan debt, ranking 11th in the country. A reported 58 percent of 2017 graduates averaged $31,289 debt per student. Of the University of Michigan-Flint’s 532 graduates in 2017, almost 60 percent averaged $33,258 in student loan debt. 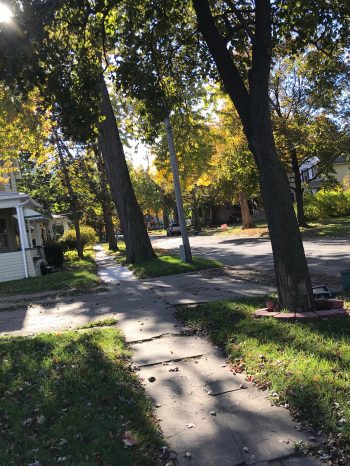 Sam Moore, a University of Michigan-Flint graduate in his late-20s, rents a home with friends in Grand Blanc.

“I cannot even imagine being able to purchase a home any time soon,” Moore says. “I just don’t make enough money, on top of my student loan debt.”

“Eventually, if I can find something cheap enough I can get, despite my student loans, I would love to own a home here,” says McCarty. “I would like to see programs available for graduates to make buying a home easier.”

Meanwhile, Flint officials, including Mayor Karen Weaver, whose September forum asked millennials to give feedback about their living needs, want more neighborhood density. Migration of recent graduates and professionals 25 to 34 years old has been a concern for Michigan’s labor force since losses of as much as two percent of their population were reported each year from 2005 to 2016 by the state’s Bureau of Labor Market.

“This is an important group to watch as they will form the basis of the next generation of workers needed to fill the high-tech and high-skill jobs that are part of the new knowledge economy,” says Jim Rhein, economic specialist with the Bureau of Labor Market Information and Strategic Initiatives. “Additionally, given the concerns about the imminent retirement of the baby boomers, retention of this group is of even higher importance, as they will need to fill many of the high-skill jobs that will become vacant in coming years.”

Emily Doerr, 33, took a job with Metro Community Development, a local nonprofit working to help buyers get homes in Flint. She recently purchased a home on Franklin Avenue in the College Cultural neighborhood for $64,000.

“It was a very pleasant process for me because of my income, because of my stability, job-wise and socio-economically,” she says. “And I am sure the banks like that I have my masters degree, and that I’m buying a house in the College Cultural neighborhood.”

Doerr recognizes that gentrification, redlining in lending, and other factors make homeowning “not a good process for a lot of people.”

Miller encourages millennials and others struggling to buy homes, due to student loan debt or other financial circumstances, to find someone to help guide them toward financial security and potential ownership.

“Things change so much it is best to find the right professional help,” he says. “An expert will know the best way, and not charge you a lot for the help, either.  I have seen people who follow a set plan and they are able to come back in two years, ready to buy.” 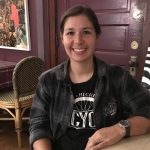