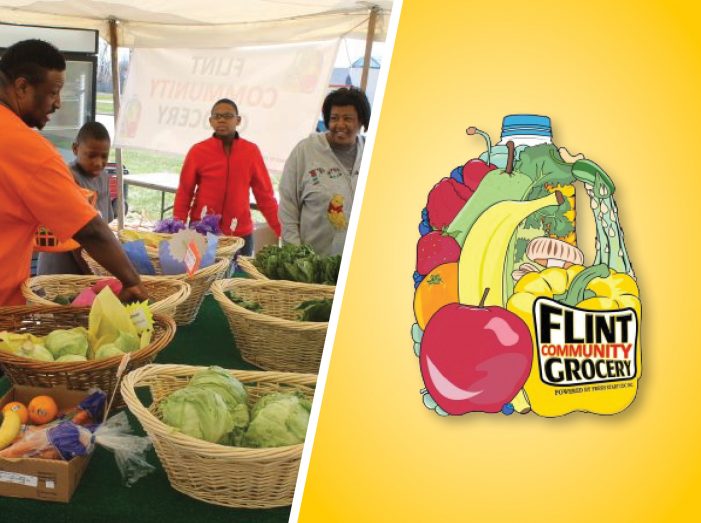 To make sure his congregation and community enjoy healthy food options one pastor  took it upon himself to find resources to feed more Flint residents.

Fresh Start became part of a larger movement to transform Flint’s food landscape and culture. From local churches to educators and neighborhood organizations, many are working to bring better grocery options and fresh produce to locals who may have little or no access at all.

“If I can make a healthy community, then I have a healthy congregation. That does not just stem from spiritual health, but physical health as well.” – Pastor Patrick Wayne Sanders, Co-Founder of Fresh Start CDC and Senior Pastor, New Jerusalem Full Gospel Baptist Church

Fresh Start operates a traveling “pop-up” market selling fruits and vegetables at locations throughout the city. The nonprofit receives its produce from farmers in the Genesee County area, but also gets food from the Detroit Food Exchange.

Sanders says he and his congregation have served at least 2,500 customers in the last two years through this venture. All of the revenue from each of the pop-ups is reinvested into covering costs for the next time Fresh Start hosts the market.

Sanders acknowledges the pop-up outlet is not as impactful as an actual store with a single location. Fresh Start’s ultimate goal is to open a 30,000-square-foot market near the inner city, a plan in development for the past year.

Other models of change are in progress and some have already begun making an impact.

A similar, faith-centered program is being developed by Foss Avenue Baptist Church to create a co-op grocery store.

The need is significant. In the past six to seven years the Flint area has lost several big-box supermarkets, as well as independent grocers. In their places, only one location that was a former chain store has been replaced with a new grocery outlet. The shortage has earned Flint neighborhoods the label of “food deserts,” but the void didn’t happen overnight.

Rick Sadler, assistant professor in the Department of Family Medicine at Michigan State University, says Flint’s complicated history of racism and disinvestment in neighborhoods of color contributed to its current state.

“On top of that, the economic change that beset Flint and all of the social issues that caused Flint to start declining even before the economic stuff was thrown in, means there’s just so much lack of a market demand,” Sadler says.

“We support farmers, the local economy and increase access to healthy food, especially in our most underserved community,” she says.

Part of the organization’s focus on increasing food access is the Double Up Food Bucks program, which Engelhard says works as a model for healthy food incentives. In Flint when shoppers buy milk or fresh, frozen, dried, or canned fruits and vegetables (with no added salt, sugar, or oil) with a Bridge Card they get free Double Up Food Bucks to spend on any fresh fruits and vegetables at participating sites.

Meanwhile, the Ruth Mott Foundation is supporting local groups through grant-centered food culture goals. Kristin Longley, director of communications for the foundation, says it has funded several organizations that launched food initiatives, including two Flint & Genesee Chamber Foundation awards. The first, for $75,000, went to the Flint Grocer Improvement Program to help existing stores in northern Flint upgrade their operations. Another donation of $110,000 went to the North Flint Grocery Initiative, which includes Fresh Start CDC, to pre-develop two new markets in the city.

The food culture movement has meaning beyond grocery bags, at least for Sanders.

Having been in the ministry nearly 30 years, he says the current market efforts are only one aspect of his service to Flint residents.

“It’s part of ongoing outreach and community efforts,” says Sanders. “One of my philosophies when dealing with church and community is if I can make a healthy community, then I have a healthy congregation. That does not just stem from spiritual health, but physical health as well.” 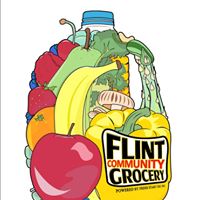