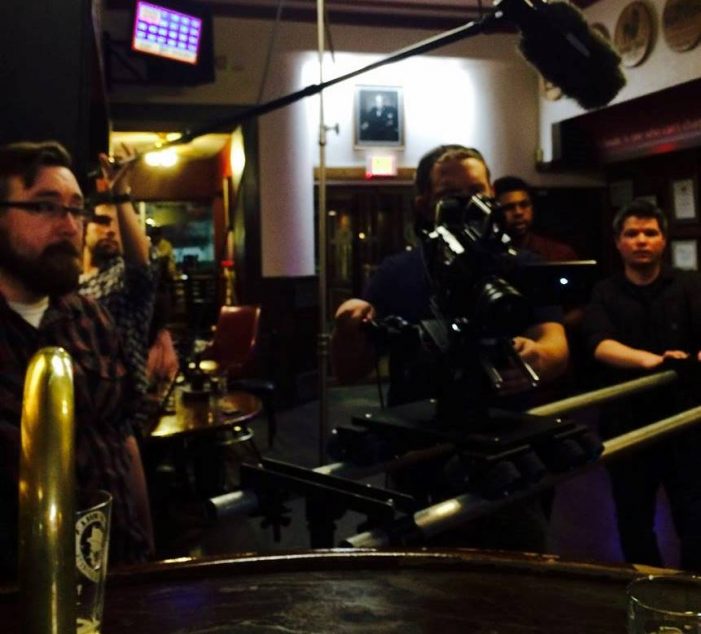 After years of making movies independently, Flint Michigan Films will soon open a downtown studio. A celebration of the opening will be held at the Second Friday Artwalk in September.

Company founder Cory James Taylor and his business partner Ryan Grant will share space in the same building as Flint Local 432, at 124 West 1st St., adding to the renovations and development in the area.

“We have always wanted to put our footprint downtown,” Taylor says. “Unfortunately, for a long time there just wasn’t enough business to go around. Now we have been able to put our foot down here and start making things for Flint people by Flint people.

“It shows that there are high-level production capabilities in Flint.”

Larger cities like Detroit or Ann Arbor, with wider networks and advertising agencies tend to sustain film markets in those locations. While Taylor has spent plenty of time driving to other cities in Michigan through his work in movies and commercials, he hopes moving downtown will cause others to take notice that Flint has talented filmmakers.

“There’s actually quite a few people involved in film in Flint, and some that have really impressive careers in town. It is a very skilled trade and you can do very well for yourself if there is a market for it,” says Taylor. “Letting people know that high-end production quality is being done in Flint is our goal.”

He also created Flint Michigan Films to share a broader spectrum of stories told by local residents. After the Netflix documentary “Flint Town” debuted several months ago some were concerned that new productions would highlight negativity about the city, giving the public a narrow view.

“The reality of the situation in Flint is there whether you like it or not,” Taylor says. “But I also want to tell a little bit different of a narrative, and it is time for us to be downtown, become part of the conversations, and start working with the talented people around here.”

A Flint native, Taylor began shooting live music photography in New Mexico, while pursuing a bachelor’s degree in the paramedic program. About a year before he graduated Taylor discovered a talent and passion for film while working at local music venues.

“One of my buddies in music said he was interested in film stuff, so I turned my camera to video mode and I have been shooting ever since. Three months later I quit the paramedic program and decided to come back to the Flint area,” Taylor says.

Studying at Mott Community College proved to be a solid foundation for his path into film. In 2013 Taylor graduated from the Media Arts & Entertainment Technology program.

“Film is an interesting medium that incorporates so many different mediums and a program like the one at Mott gives you a shot of what is out there,” Taylor says. “A lot of people go into film wanting to be a director, but may not know what that takes, and what all of the other possible roles are.”

Taylor has worked with local filmmakers such as Stephen Smith of Digital Alchemy Films, Nicole Bowers Wallace of NBW Films, Mike Naddeo, who collaborates with many local nonprofits, and Flint Rat Films. He also gained experience with news media through WEYI and Fox 66, and did commercial work for Quicken Loans, Google, Kia, Discovery Channel, Tru TV and others.

Flint Michigan Films allows Taylor to freelance in various roles, work on his own projects, and continue achieving success in the diverse playing field that film offers. He is currently working as director of photography, editing for a documentary and shooting a Star Wars fan film with a local director.

“I am grateful to be able to do so many different things and glad to be part of the ongoing conversation in Flint,” Taylor says. “When you start just talking about things face-to-face it helps to get things moving and get more people involved.”