Flint dog trainer teaches owners how care for pets, keep them out of shelters 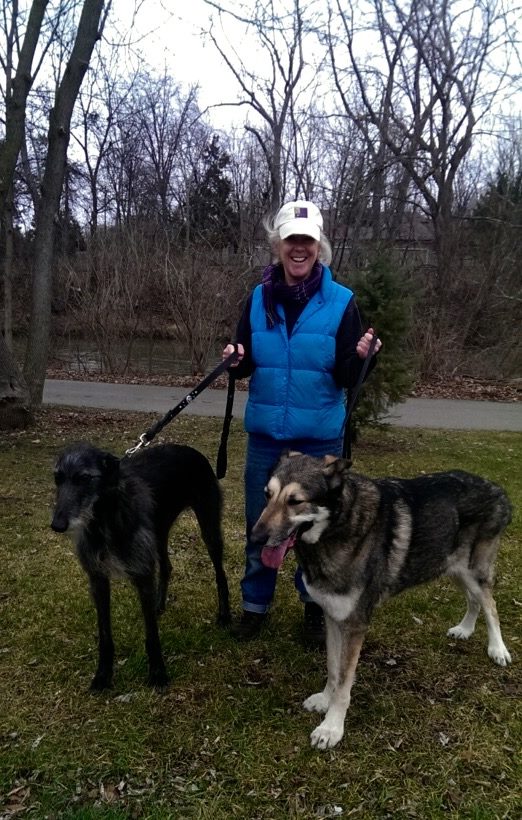 If the saying that all dogs go to heaven is true one Flint entrepreneur’s goal is keeping them united with their owners before they pass through the pearly gates.

Deborah Hughes, who established All Dogs 15 years ago, devotes herself to training canines and improving the skills of their human handlers.

While Hughes has long channeled her love of pets into a career, she is extending her mission to include the needs of low-income residents and areas of Flint where animal shelters often fill to capacity. When foreclosures and other financial challenges impact neighborhoods and contribute to blight and abandonment, family pets are too often forgotten or discarded.

“The more times the dog gets returned to the shelter, the more damaged it’s going to get, and the less likely it is to get adopted,” Hughes says.

Aside from housing challenges, Flint faces canine community issues like unlicensed breeding and illegal sales fueled by financial gain. Hughes says she has “seen people literally selling puppies out of their vans for 50 bucks” in parking lots. But a combination of factors, including ill preparation and inexperienced owners, often leads to unwanted dogs, she adds.

Frustration with the training process and inability to afford classes, which can be costly, feed the cycle of neglected or homeless pets.

“My role in my job is to be a positive role model for people and to talk to people and show them there’s a great way for you to have a great relationship with your dog,” Hughes says. “Everybody can be happy.”

With a background as a veterinary technician who often found herself lending an ear to pet owners, occasionally volunteering to research their issues, Hughes left the field for a corporate career. After enjoying some of the perks of a job that generated $75,000 a year, she realized her calling to help humans relate to their canine partners.

“I realized how unhappy I was and I decided I wanted to do things that made me happy,” she says.

She’d worked in shelters and served as a Humane Society board member.

Hughes observed other instructors and studied techniques before developing her own brand of what she terms “relationship-based training.”

In Flint she noticed easily corrected behavioral issues that led to dogs being released to shelters, but some local trainers charge up to $900 for instruction. Even a basic obedience class is about $100, which might not be affordable to residents budgeting tightly for rent and groceries, she says.

“What I’m seeing is a need in this community,” Hughes adds.

So she began developing relationships with local pet rescue organizations and adoption agencies. Hughes says she has donated a lot of her time and works with low-income dog owners on sliding pay scales, as long they’re committed to canine rescue.

Some of the tips she shares include speaking calmly.

“I ask people, have you ever had that boss that says, ‘Joe, get in my office,’ and you just wanted to run the other way? And they say, ‘Yeah, I’ve had that.’ And I say, ‘Well, that’s how your dog feels. Try getting down on the floor with them and talking in a happy way.’”

Other consultation provided through All Dogs consists of nutrition awareness and techniques for massaging animals in pain.

Common myths, Hughes says, are that inexperience controlling dogs makes a “bad owner,” and certain breeds, like pit bulls, which are popular in Flint, are genetically hostile.

“These are very intelligent dogs,” she says.

Hughes, who has owned as many as 10 dogs at once, has two of her own and trains between one and four clients weekly at various community locations.

While she misses the salary she once earned in the corporate world, she says All Dogs gives her a sense of fulfillment from adding harmony to households with pets.

“I think it’s important, at the end of the day, to say, ‘Wow, I accomplished that,’” Hughes says. “‘I made things a little bit better.’”

Flint dog trainer teaches owners how care for pets, keep them out of shelters added by E.B. Allen on 03/09/2018
View all posts by E.B. Allen →