By Jaishree Drepaul-Bruder on 06/14/2019Comments Below 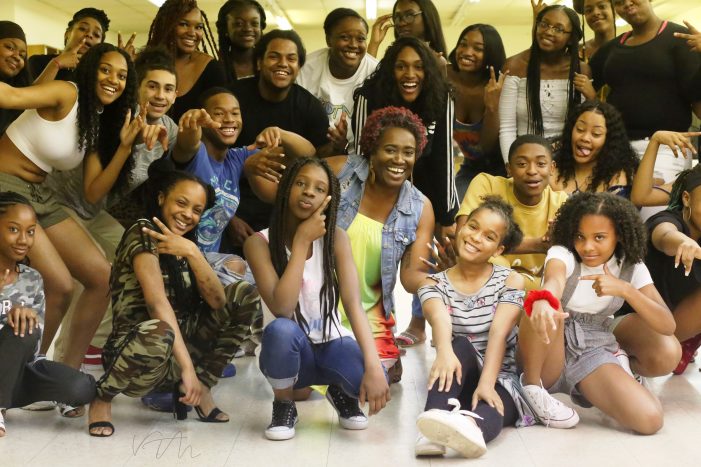 For the last six years, Tracy Palmer, the owner of Flint-based Trendsetter Productions (TSP), has been a force to be reckoned with when it comes to combating bullying, building personal confidence in the city’s youth, and supporting other small business owners like herself.

When she first started her modeling and etiquette school, Palmer had no idea just how quickly her company would evolve. And she certainly had no idea how important her work would become to the young people, and other local entrepreneurs, who take part in the fashion shows she puts on.

The fashion show, which benefited anti-bullying efforts, got rave reviews and the turn-out was better than Palmer could have hoped for.

While she knew that she was touching people in a deeply personal way, she was reminded of her impact just recently — when she started telling her students that she wasn’t going hold the event again this year.

“What had happened was that a young boy who was very close to my family committed suicide and we were devastated. We had no idea of what he was going through,” says Palmer. “I’m human and I was hurting and felt I couldn’t do Fashion Against Bullying at that time.”

But,the unexpected tears and pleas from some of the students and models that she works with convinced Palmer that the show must go on.

“When I heard how much the show means to the kids involved and how some of them felt it was the only thing they really had going on, I changed my mind,” she says.

The outpouring of emotion was meaningful to Palmer, because she is aware that working on the upcoming show (and past related events) is often a rare opening for many of her students who feel called to work in the fashion industry.

“At TSP they work not only as models, but as make-up artists, wardrobe assistants, designers and choreographers,” she says. “They get the chance to have a voice and be creative,” Palmer says.

Palmer has seen many of her students build on that first experience with her and pursue related post-secondary education — one has even traveled as far as California.

“I have countless students who have gone off to college, trade school, design school, etc., because of their experiences with TSP,” she says. “And my own daughter will always be my biggest example. She is now a junior at Western Michigan University, studying fashion design and development, and is the most confident person I know.”

Palmer has heard from a lot of young people that they are grateful that she gave them a chance to find out what the fashion industry is about and how to handle bullying and other real challenges that they face outside of her classroom.

“But, the biggest reward is when I hear from a parent or child that I saved their life,” she says. “Society has given up on young people because of statistics or reputations. I believe in them. What I provide for them is opportunity. That’s what they need. It’s what everyone who is starting out needs.”

The reach of Palmer’s beliefs on providing opportunity extends beyond her students and her own company. All of her shows and events involve local small businesses in the community that are already in the industry.

“As a small business owner, I know the importance of being supported. I get others involved in my work and try to get out to their shows and help in any way I can,” she says.

One community member who has seen Palmer in action is Rev. Kevin Galloway II. He is a minister at Ebenezer Ministries and a motivational speaker. He’s also a sponsor for the upcoming FAB show and has known Palmer for 20 years.

“It is in Tracy’s nature to uplift others,” Galloway says. “For the event’s raffles and giveaways, she used local businesses and brands in an effort to bring awareness to the wonderfully talented people that are already providing excellent products and services right here in Flint.”

He stresses that as a small business advocate, Palmer’s presence has been important in shaping a sense of community and camaraderie in Flint. He has witnessed that her efforts have gone a long way towards eliminating unnecessary competition between local business owners.

“She replaces that negative energy with a positive approach to collaboration,” he says. “Multiple clothing designers can have segments in one of her fashion shows and no one feels like they’re in competition. But rather, they feel that they are collaborating.”

Working to inspire and create a cooperative and supportive spirit between local small business owners is simply a no-brainer for Palmer.

“We need to keep one another motivated to keep going. We need to support one another and create opportunities for each other to grow,” she says. “Small business make up this community and without them we wouldn’t be who we are. We go to small businesses to eat, shop, craft, motivate, encourage, pray, support, laugh, or just to hang. We are Flint.”