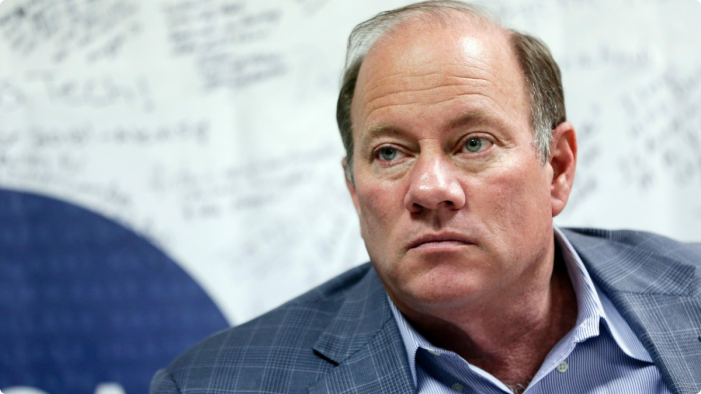 Detroit Mayor Mike Duggan recently told a sold-out crowd of 450 at the  Flint & Genesee Chamber of Commerce’s annual luncheon that cities should value their assets.

Duggan told stakeholders who’ve seen their own share of disinvestment that Detroit’s three greatest assets have been its large parcels of land, housing stock and eager workforce. 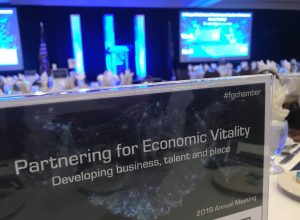 “When you put aside the soil contamination, largely abandoned properties  blighted homes and largely unemployed residents, you can see I had something to work with,” he laughed.

Duggan did what he says his mayoral predecessor Dave Bing couldn’t “conceive of doing” by building up the city’s deteriorating physical assets instead of downsizing them.

“Not surprisingly, one of my first actions involved numbers,” said Duggan.

The mayor inventoried the city’s meager assets, chronicled its residents’ chief complaints and began to chip away at problems related to public lighting, blight and errant landlords.

In his signature style, the mayor then began to chip away at the challenges. He told residents what he was going to do, went out and got things done, and reported progress every chance he got. Duggan’s “fix what you have” approach can serve as a model for Flint and Genesee County, whose manufacturing infrastructure, contiguous land, housing stock, eager workforce and world-class educational and medical institutions are assets, he says.

“I’d build a corridor of collaboration from Detroit to Genesee County,” he said, noting “there might be a few bumps along the way.

“Detroit did it. Flint can, too,” he told the audience. “At one time, no one ever believed that tech companies would invest in the city. But when we packaged the collective assets of Ann Arbor, Dearborn and Detroit, it was clear we had enough of a basis to build upon. So we created the idea of a defined corridor that is home to some of the highest tech companies in the region, all within a 60-minute drive.”

The mayor was quick to point out that the collaborative effort involved investors, corporate and community leadership, and the support of residents.

“It worked. Investors who did not see value in the region took note when we bundled our assets. Today Google, Microsoft and many tech giants have a footprint in Detroit.”

Editor’s Note: Jackie Berg is the founder and publisher of TheHUB Detroit and TheHUB Flint and the recipient of the Association of Women in Communications 2018 Vanguard Award.