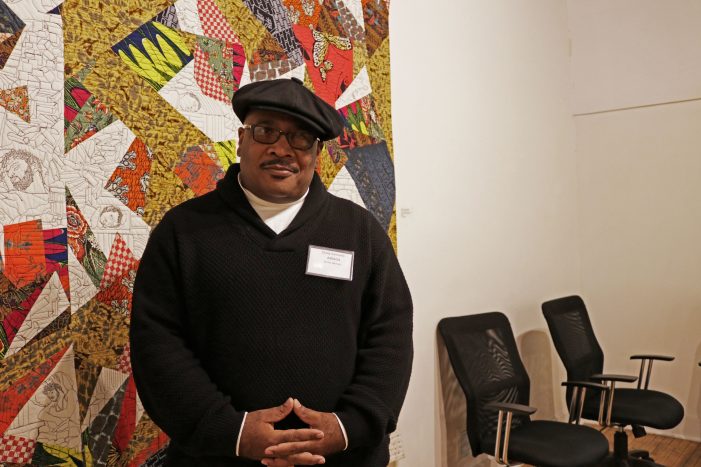 By age 11 Craig Samuels felt doomed to a life of failure.

Having been physically and verbally abused, he began accepting hurtful condemnations as his truth and his future.

In some ways his mother’s emotional attacks were even harder for Samuels to endure than his father’s heavy hands.

“At the time, I couldn’t understand, ‘What is this woman so angry with me for?’” he remembers. “‘I am a victim, just like you, just like my sisters,’ just like we all were. I wasn’t an accomplice in the beatings from which we were all victims.”

“Too many of us are isolated within ourselves because we are too afraid to talk about the things that have hurt us.” – Craig Samuels, Author

The story of Samuels’ childhood suffering and eventual dive into years of substance abuse and self-destruction is told in My Mother’s Guilt, My Father’s Sin: The Death of Innocence. Samuels wrote the book as a model of inspiration and recovery for others who’ve been impacted by dysfunctional homes and relationships. The memoir provides themes that will be explored in the discussion, “Light Sessions: Analyzing the Causes and Effects of Cognitive Behavior” 6 p.m. Jan. 26 at the Greater Flint Arts Council, 816 Saginaw St.

“That entails a lot,” Samuels says of his event’s moniker. “The subtitle gives us a little more wiggle room to address many of the things that go unaddressed in what we call our community.”

“I didn’t want anybody to tell me I wasn’t good and take that away from me, too.”  – Craig Samuels, Author

Today at 51, he is a writer, speaker and mentor assisting others of similar backgrounds. Samuels is helping to launch Brothers of PEACE (Proper Education and Cultural Enrichment), a newly formed extension of the M.A.D.E. Institute for returning citizens.

He recalls a long, difficult journey from the place of pain and loneliness he traveled.

“What I experienced was the degradation of an embittered mother,” he says.

My Mother’s Guilt, My Father’s Sin describes the misfortune he calls “doing time for another man’s crime,” resentment many children feel after their parents’ relationships fail. Left unaddressed, “trauma-causing dysfunctions” in the home too often boil over into desperate behaviors like drug abuse, promiscuity, or gang affiliation, Samuels says.

The chapter “Thoughts Without a Voice” discusses the dangers parents can create when they don’t listen to their children’s needs and concerns.

“Then you put them in a position to talk to people who might not have their best interests,” he says. “…that gang leader, that pimp, that numbers runner, that street hustler will listen to them and use their vulnerability against them.”

Eventually, through his own process, along with receiving love from a fellow church member, a new spiritual mother of sorts, Samuels began feeling whole.

It wasn’t until Samuels created distance from his mother that he began the process of self-healing. He says becoming a father at age 19 helped motivate him to give his child better parenting than he’d received, and he gained moral and spiritual support from the high school sweetheart who would eventually become his wife.

Much later, in 2008, a church pastor, having observed Samuels’ commanding presence and listened to his rumbling baritone speaking voice, suggested he pursue a call toward leadership and write a book about his life.

Encouraged by friends’ observations that he’d managed to survive a tumultuous life, even holding a career in clerical and human resources, Samuels reflected on his experiences.

“They’d say, ‘If it had been anyone else, Craig, they would have been locked up or in an insane asylum,’” he recalls. 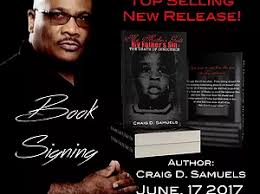 Describing himself as an autodidact, Samuels says he began learning to “make my mind as sharp as humanly possible.” He started writing, too, in long-hand. It was already a secret passion he was afraid to share.

“I didn’t want anybody to tell me I wasn’t good and take that away from me, too.”

Eventually, through his own process, along with receiving love from a fellow church member, a new spiritual mother of sorts, Samuels began feeling whole. He grew enough to start encouraging others to begin self-examination, which is part of the theme that will be discussed at “Light Sessions.”

“Too many of us are isolated within ourselves because we are too afraid to talk about the things that have hurt us,” he says.

Along with learning to express pain, Samuels says, those who live together in communities should learn to better understand pain. More people should be interested in the “why” behind the “what” that represents addiction or other unhealthy behaviors, he says.

Rochelle Jones, a Flint native who went to school with Samuels, learned about his book on social media after it was published this year.

“I had a hard time putting it down,” she says. “With the way I grew up, I connected with him.”

For information about My Mother’s Guilt, My Father’s Sin: The Death of Innocence visit www.samuelspearls.com or Amazon.com.