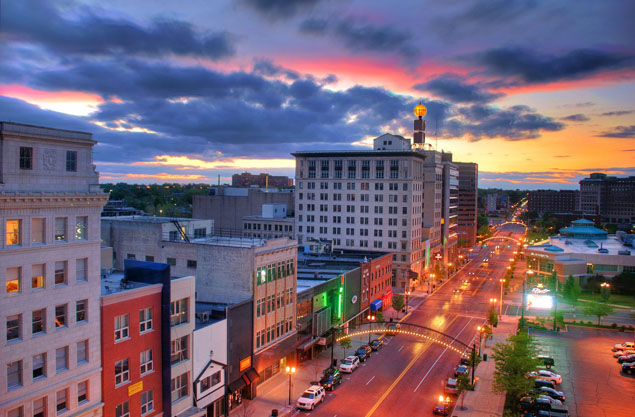 If Flint truly becomes a place of inclusion it won’t happen by accident.

City officials say an ongoing master plan and various initiatives underway are strategically designed to create affordable neighborhoods that attract people of diverse backgrounds to the hub of Genesee County.

The “Aspire to Transform” forum, held recently at University of Michigan-Flint, brought together various community advocates discussing the city’s future and the need to create wide-reaching economic opportunities and collaborations that benefit all residents (see TheHUB’s coverage here).

Suzanne Wilcox, Flint’s director of planning and development, says the underpinnings and themes of “Aspire to Transform” support the city administration’s vision and efforts to balance affordability with expanding investment.

“I think we see that in a number of housing development projects that have come to fruition in the city of Flint,” Wilcox says.

Significant to the goal of residential inclusion is the Department of Housing and Urban Development’s Choice Neighborhoods Planning Grant, which brought $30 million into the city this summer. A competitive, largely social-media-driven campaign launched by Flint city officials in 2017, the award was earmarked to support relocating residents of the low-income Atherton East Apartments into other community housing. The effort, necessitated by a zoning issue when the apartments were constructed about a half-century ago, was used as an opportunity to increase mixed-income residency. HUD Secretary Ben Carson visited Flint to announce the award in July.

“I think it really is a direct result of our master plan, but there are other projects that are also underway right now,” Wilcox says.

Coolidge Park Apartments will open to residents on Ballenger, and Flint Marketplace, a mixed-use, mixed-income development on East Third Street, will open at the former site of the downtown YMCA.

Wilcox says additional efforts to promote inclusion of current residents, while enticing some of the thousands of professional, daily commuters to start living in the city include:

The city is also collaborating with LISC and other partners to develop a large-scale program that would generate a lending pool for owner-occupants in need of home rehab.

Along with measures to include those of diverse economic backgrounds in developer requirements, the planning department is targeting areas outside downtown to help prevent some residents from being “priced out” of the city, Wilcox says. There are currently 13 individual neighborhood plans that incorporate philanthropic investment and community engagement in various areas.

“I think that’s not as well-known, but our Neighborhood Planning Initiative is a huge effort to engage those residents and build trust,” Wilcox says.

Engagement outreach is designed to support residents in creating “their own destiny for the neighborhoods and areas where they want to see things happen.”

“I’m really optimistic about the opportunities that exist in Flint and we expect, in planning and development, to see continued interest,” Wilcox adds.

“I think we’re on that path. I’m excited about it.”

City supports vision of an inclusive Flint with ongoing programs and initiatives added by E.B. Allen on 12/13/2018
View all posts by E.B. Allen →