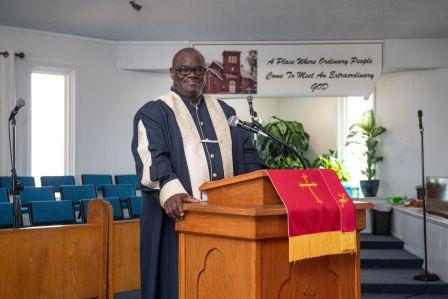 As the pastor of a nearly 100-year-old church, Daniel Moore Sr. has a lot to be proud of, but he doesn’t brag about himself.

No, the greatest source of pride for Moore isn’t that he’s only the 10th pastor at one of Genesee County’s most long-established parishes. What pleases him more than his own place in history is Shiloh Missionary Baptist Church of Flint’s legacy of serving the community.

Moore compares the ministry’s focus to ancient biblical times when the church supplied all of its members’ needs.

“I’m most proud of the fact that the church has truly become a community church,” he says.

To celebrate its ongoing mission and role as a spiritual base for about 250 members, Shiloh has begun a countdown to its centennial celebration. Beginning with an April seminar and followed by various events and activities leading to September, church members eagerly anticipate the 100th anniversary.

“I am a fourth-generation member of the church,” says Haney, a founding member’s descendant.

Along with her family’s history at Shiloh, Haney became a pioneer in 2016 as its first licensed woman clergy member.

“It has been a wonderful experience, being the benchmark for female ministers,” she says.

Additional benchmarks and programs that set Shiloh apart through the years have included an early radio broadcast, a touring choir and youth outreach. The church is active in blight elimination and distributes water to the community, in partnership with nearby Salem Lutheran. In 2015 Shiloh took a special collection and became one of the first congregations to assist a school after municipal lead contamination was discovered, delivering a truckload of water to Doyle-Rider Elementary.

“Shiloh’s goal has always been to help meet the needs of the community, in one way or another,” Haney says.

Other initiatives include a partnership with University of Michigan-Flint, which supports the church in delivering water, hygiene products and other goods to about 250 homes of the elderly, disabled and others each week.

“Where ordinary people come to meet an extraordinary God” is the description Shiloh members identify with their home at 502 Leith St. Expanding the ministry’s reach to attract even more “ordinary people” of a certain age group is one of Moore’s top goals.

“Millenials make up the largest population in America and they’re also the group that’s missing from churches,” he says.

Shiloh has had some success attracting millennials during Moore’s tenure. About half the congregation is of millennial age, compared to an average age of about 60 years old when the pastor began at Shiloh in 2008. “Real Talk,” a millennial-focused Bible study, will be launched this spring.

Millennials will also be the topic of the first centennial celebration event, an April 28 seminar for church leaders and ministers, with Dr. Brianna Parker as guest speaker. The day-long event titled, “A Seat at the Table,” costs $20 and includes lunch for participants.

Shiloh is also planning to conduct an oral history, interviewing each member of the church, including Haney’s 82-year-old aunt. The church’s previous elder died at 103 last year.

Other planned centennial events include a tribute to Shiloh’s liturgical dance group, which performed in the 1990s before many churches formed what are now known as “praise dance” troupes.

Additional information and events will be announced at the website.

“Shiloh has such a deep, rich history,” says Haney.

Moore agrees, adding, “There’s something for everybody.” 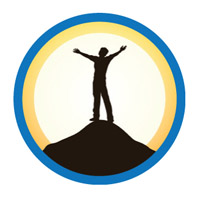 Bishop Rogers Jones: No one should have a second without hope