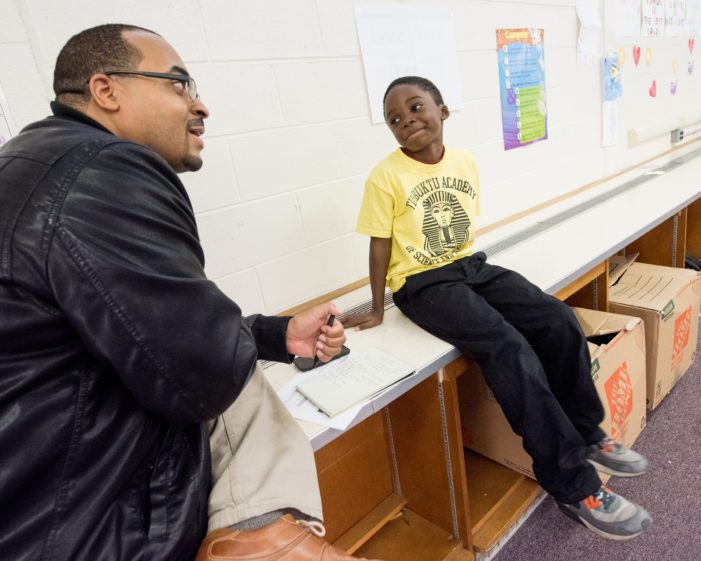 Raising a child in the second decade of the 21st century is difficult. The tools and resources they need to succeed are oftentimes overwhelming. There are answers and they start with learning good nutrition and having access to healthy food choices.

That is a family issue and community challenge. Something needs to change in our neighborhoods, schools and homes. We must build healthy communities to raise healthy children. The alternative is simply not acceptable and, in too many cases, our children have already started down that unhealthy road.

Considering the staggering numbers released in 2014 study by the Robert Wood Johnson Foundation. Nearly one in four minority youth in the U.S. are overweight or obese today. It’s a red alert.

Childhood obesity in Michigan and across the nation is a major concern.

Although childhood obesity affects every population, it is particularly prevalent within the African American and Hispanic communities.  Today, nearly 39 percent of Hispanic youth ages two to 19 are obese according to the Overweight and Obesity Among Latino Youth report issued by the Robert Wood Johnson Foundation (RWJF). In addition, according to the organization’s Overweight and Obesity Among African American Youths report, 35.2 percent of black non-Hispanic youth are considered overweight or obese.  These young individuals are at increased risk for developing type 2 diabetes, high blood pressure and other cardiovascular diseases.

Unfortunately, there is no magic wand or quick fix. Teaching our kids to eat right is answer.

One is the United States Department of Agriculture (USDA)’s SNAP-Ed program – administered by the Michigan Fitness Foundation. The USDA, which oversees Supplemental Nutrition Assistance Programs (SNAP), formerly known as food stamps, launched the Supplemental Nutrition Assistance Program Education (SNAP-Ed) in 1981 to teach nutrition education in schools and the community.

In Michigan, collaboration has been key to furthering SNAP-Ed’s efforts. Although the USDA has initiated a number of ground-breaking programs aimed at bridging gaps in health education and access, its greatest success lies in partnerships with institutions like the Michigan Fitness Foundation, which now coordinates more than 2,700 USDA-funded programs in 83 Michigan counties.

The other is Building Healthy Communities (BHC). The program created by Blue Cross Blue Shield of Michigan in 2009, aims to improve the school environment and encourage healthy eating habits and physical activity in elementary school children.

The need is vital. A new study released by the American Heart Association Scientific Sessions says heart disease is now found in children as young as 8.

Let it sink in.

It’s all too easy to distance ourselves from the numbers. The truth is this isn’t someone else’s problem. We bear the responsibility … all of us, no matter where we live.

Among the nearly 40 percent of minority youth now overweight or obese are our sons, daughters, nieces and nephews or our friends’ children. We have to take ownership. The future of our community – is at stake.

Over the next few months TheHUB will share the stories of those touched by the BHC and other SNAP-Ed supported efforts statewide and we will repost them here. This series will introduce us to students, parents, administrators, who all have a vested interest in not only raising awareness, but making sure our children have successful, healthy lives.

We began by taking a look inside Timbuktu Academy of Science and Technology in Detroit to see how the BHC program is changing the culture of at-risk students. The program provides them nine months to do it. That’s not a lot of time, but it might be just enough. As videos have a tendency to “go viral,” so too, can habits. Good habits. Imitation being the greatest form of flattery, no one ever wants to be left out.

We know it takes more than a village to raise our children. It takes a community.

Editor’s Note: Jackie Berg is the Founder and Publisher of TheHUB.