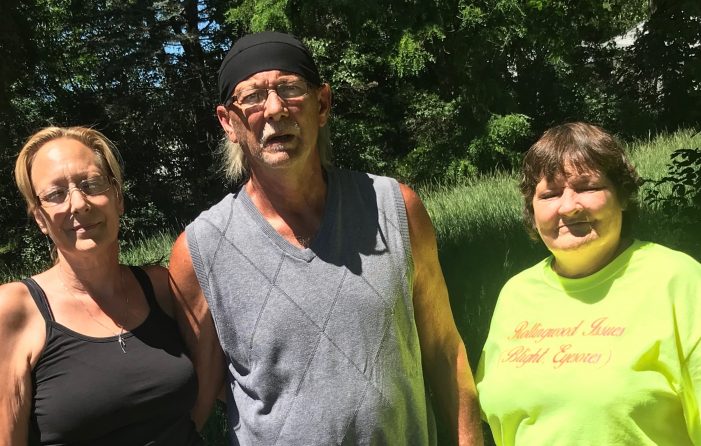 While downtown Flint renovations are moving at an exponential pace, some of the neighborhoods of Flint are experiencing a much slower transition. But, thanks to concerned neighbors banding together and organizing clean-ups, change is happening.

Shady Acres Mobile Home Park, at 4615 Western Road, used to be filled with families and more than 100 single-wide mobile homes. When the water bills rose, the owner of the park left and the residence were evicted. Since the eviction three years ago, the neighbors have watched rapid deterioration. More than half of the mobile homes were reduced to piles of rubble. One neighbor has had enough. 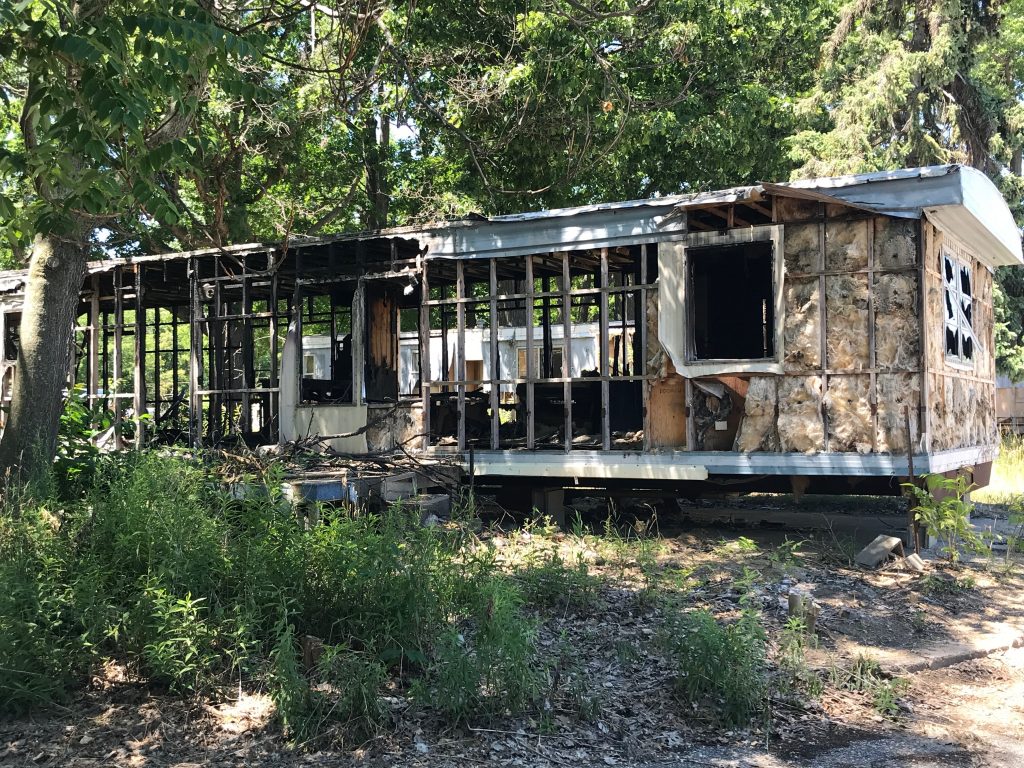 Annette Reynolds has lived in the neighborhood next to Shady Acres Mobile Home Park since 2001 and has witnessed it change from a place where kids were out riding their bikes to a magnet for criminal activity.

“It used to be a really nice community,” she says. “They evicted everybody and now we have had squatters living in here. They have been dumping garbage, burning the homes, vandalizing, and there is debris blowing everywhere. I got tired of looking at it.”

They also saw a rise in robberies at the 7-Eleven store that used to be across the street. Now vacant, the store was an easy target since the vacant mobile home park offered an easy getaway. The business left Flint, leaving another eyesore this neighborhood group is trying to eliminate.

“It was covered in graffiti. One of the volunteers went out and bought paint and they boarded it up and it is starting to look a lot better,” Reynolds says, “We have to live here, and I don’t want to look at this.”

Reynolds wants to see the whole thing bulldozed, but the city says the money just isn’t there to clear away this health hazard.

“Land Bank says they don’t have the money, and they say there is asbestos in some of these trailers,” she says. “I am not sure of that, but sitting here like this then we are all breathing it in and it is polluting the area the whole time.

“My goal is if they cannot tear it down, then I am at least going to keep it clean, keep it mowed and keep the debris out of here. I think if people would see that we are taking care of it, it might curb some of the illegal dumping and burning.”

A representative from Genesee County Land Bank, who now owns the property and hundreds of others in Flint, explained Shady Acres Mobile Home Park is on the demo list, but it isn’t funded. It has the resources to take care of single-family residential homes, but the mobile home park does not fit that criteria.

“We have a huge need for demolition money that isn’t for single family residential properties,” the Land Bank says. “They come to us only after tax foreclosure and we have far more demo candidates than we can deal with. So, we are really grateful to these local groups who are doing this. We come in and support those local groups as much as we can.”

Reynolds partnered with the Genesee County Land Bank, the City of Flint’s Blight Elimination Division and the tool shed at the Neighborhood Engagement Hub to provide resources for the clean-ups and recruited neighborhood volunteers.  She began a Facebook page called “Rollingwood Issues (Blight, Eyesores)” and invited her neighbors to join.

Now with 374 members Reynolds keeps the community updated on progress, organizes clean-up events and encourages all the neighbors to do their part to keep the homes around them clean as well as report any issues they see to the city.

“At first, I wasn’t getting any volunteers, and then we had one person who could help and then more and more,” she says. “I am hoping that this cleanup we can get twice as many.”

Two of the volunteers, Linda and Bob Warren, who retired from General Motors, have lived in the Rollingwood neighborhood for more than 40 years. They raised their two children, who attended a local school that is also now vacant and deteriorating. They came out to the clean up and support Reynolds efforts as much as possible.

“We need some help,” Linda says, “We cannot do this all ourselves.”

The next cleanup is Saturday, July 28 and begins at 8 a.m. It includes removing as much of the garbage as possible and taking care of the overgrown plants and grass.

For more information or to join the efforts, visit the Rollingwood Issues Facebook page.