Back to our roots: Traditional church is still relevant 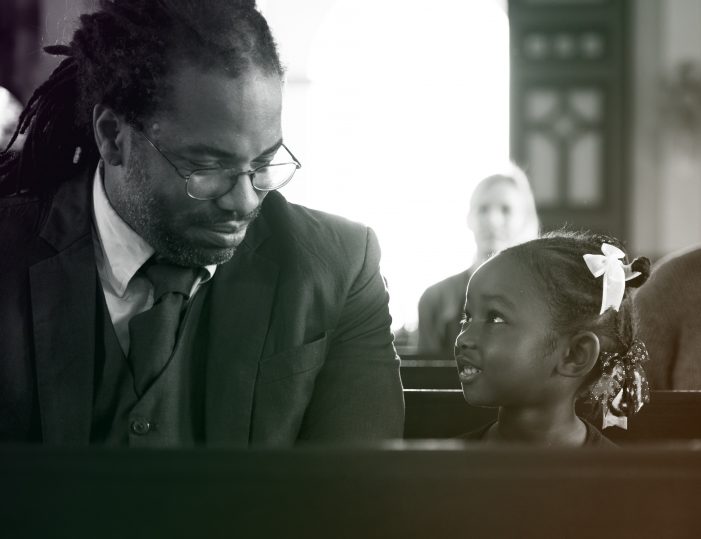 In the not too distant past, church was the place where you learned the basics of social grace.

Through “Tom Thumb” weddings, fashion shows, “Little Miss & Mister” contests and memorized pageant lines, the youth learned how to walk, talk, sit and generally behave. The Golden Rule governed and it was understood that the mothers of the church were extensions of your families.

Church traditions were revered: No walking during prayer, scriptures or any of the sacred rituals – certainly not allowing little ones to run around without being chastised.

The church served as the base for many movements addressing social and racial inequities. But now, social media is the bully pit. Hiding in anonymity, you do not have to look a person in the eye, shake a hand or be kind in disagreements when standing your ground. You let it rip without fear of being challenged for your rudeness. Reality shows, entitlement mindsets and media talking heads not only shape our moral compasses, but influence our thinking and behavior.

The 2016 presidential campaign made it clear that we have become a society without any remnants of civility. No longer are basic social graces the norm, most people don’t even know what they are! Companies find themselves contracting etiquette trainers to teach their executives how to behave in a global marketplace. Educators are expected to teach “soft skills” to better prepare students for success in college, careers and life. Basics that, at one time, were learned within the church communities are now being marketed as profitable commodities. Where is a mothers’ board when you need one?

Yes, we are rethinking church, but in doing so, have we lost the teachings of the Golden Rule, subscribing instead to, “It’s my world and you just live in it?”

With the faith communities’ efforts to court Generation X’ers and millennials, non-denominational churches are on the rise. These faith leaders have convinced themselves that the way to reach these groups is a more casual, non-traditional approach to church and churchgoing. But the problem is that materialistic attitudes embrace “prosperity preaching” without a sound understanding of biblical principles supporting prosperity and the responsibilities that come with having more possessions. Yes, we are rethinking church, but in doing so, have we lost the teachings of the Golden Rule, subscribing instead to, “It’s my world and you just live in it?”

I will probably get an argument about this, but when prayer was removed from the schools how we interacted with each other also began to decline. Compassion, empathy and the notion of “I am my brother’s keeper” were replaced with selfishness and personal gain. Meanwhile, reality shows with grown women sliding across tables, throwing wine bottles and engaging in social media wars are examples of how low we’ve sunk. A multi-billion-dollar media industry’s success was made from misogyny. Women are no longer insulted by “locker room talk” and too many teenage boys are already domestic violence abusers. Kindness, respect, good manners and all the other social graces of a civilized society seem to have been lost on too many of us.

Those of us old enough to remember might have forgotten the contributions of the traditional church extended beyond the word of God. The traditional church provided the tools to rise above savagery and to remain civilized, regardless of circumstances. Remember the civil rights movement and the non-violent stance against racist attacks? A basic grounding in the conduct of decency is what exposed the hatefulness of segregation and those who promoted it.

I am not suggesting the church is the panacea for society’s etiquette faux pas. In the case that favors teachings of the traditional church, let us embrace that which defined and shaped our moral compasses. The bottom line is we can all be better people.

There is a clear historical connection between the life teachings of the traditional church and common decency.

Need a little more convincing? On June 3, 2017 at Genesys Banquet Center in Grand Blanc, Quinn Chapel AME Church will pay homage to its founding fathers and celebrate residents whose life’s work are legacies within the community, grounded in the principles of the early, traditional church. The evening promises a spirit celebration, great food, entertainment, and features a silent auction. Call (810) 238-5636 to purchase tickets or for sponsorship details.

Getting back to the roots of civility in our churches can help us move again toward building decency in our community and nation. Somebody please say, “Amen!”

One Response to "Back to our roots: Traditional church is still relevant"