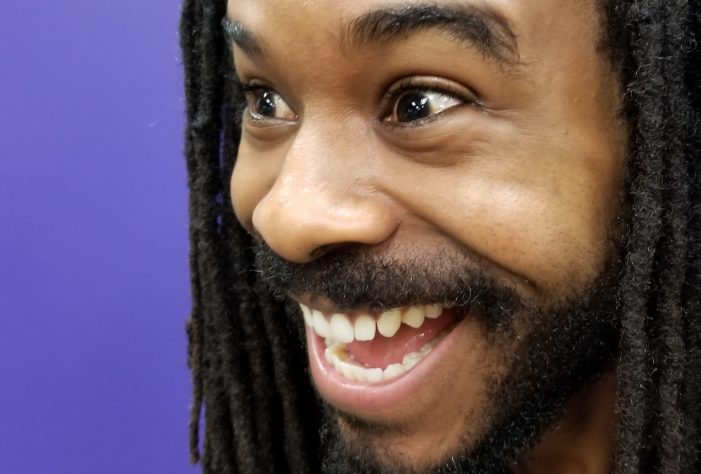 A new wave of African American Theatre will be center stage at Flint Local 432 this week with the performance of  ‘Passing Strange,’ an electrifying rock and roll musical that earned multiple Drama Desk Awards and a Tony for Best Book of a Musical.

Passing Strange is a coming of age story with a twist, according to its producer Harvey, a Flint performing artist.

“Set in 1976 in South Central LA,  Passing Strange is about the journey of a young black teenager who escapes to Europe only to find his ‘true self’ and the meaning of love,” says Harvey.

The musical follows the youth’s journey from his departure from California to his arrival in Amsterdam and the many stops in between his final destination – Berlin, according to Harvey.

“The musical’s narrator  walks the audience through the youth’s acid trips, sexual exploration and self-revelation and, ultimately what it means to ‘be real.'” says Harvey.  “The production is not your typical theater going experience.  The imaginary ‘fourth wall’ does not exist. Action happens on and off stage equally.”

Performances take place three nights beginning on Friday, December 6 and concluding with the final performance on Sunday, Dec. 8 Doors open at 7 p.m. for the show, which is scheduled to begin at 7:30 p.m. nightly.

Editor’s Note: Flint Local 432 is located at 124 W 1st St, Flint, MI. Tickets are free of charge, but guests must be ticketed.  Register at: linktr.ee/PassingStrange